Sybil Stallone, Ricky Spanish
Categories:
25-34,Tattoo,Slim,Latin,Brown Hair,Short,Average Dick,Big Ass,Piercing,Voluptuous,Latina,Black Hair,Bald Pussy,Innie Pussy,Huge Tits,Enhanced,One-on-One,Sex,Blowjob,Deep Throat,Face Sitting,Pussy Licking,Spanking,Titty Fuck,Indoors,69,Doggystyle,Reverse Cowgirl
Description:
Ricky Spanish only has one dream, and that’s to be a professional lucha libre wrestler, to the point where he’s decided to never take his mask off until he joins the professional circuit. With a tryout upcoming, Ricky is intensifying his workout routine in the hopes of making the cut, which his busty stepmom, Sybil Stallone, completely supports. When Ricky comes down for breakfast, he’s wearing his mask with normal clothes, which enrages his father. When Ricky’s father lunges at him, trying to remove his mask, Ricky avoids him by sliding through his legs and scurrying away. Later, Ricky finds Sybil in the middle of a workout, and she helps him through a series of exercises, testing his meek physical strength and culminating in a wrestling match where Ricky is pinned. Despite losing the wrestling match, Ricky’s boner is obvious, and Sybil eagerly jumps all over it, leading to the ultimate unmasking right as his father returns.
Release Date:
November 5, 2019 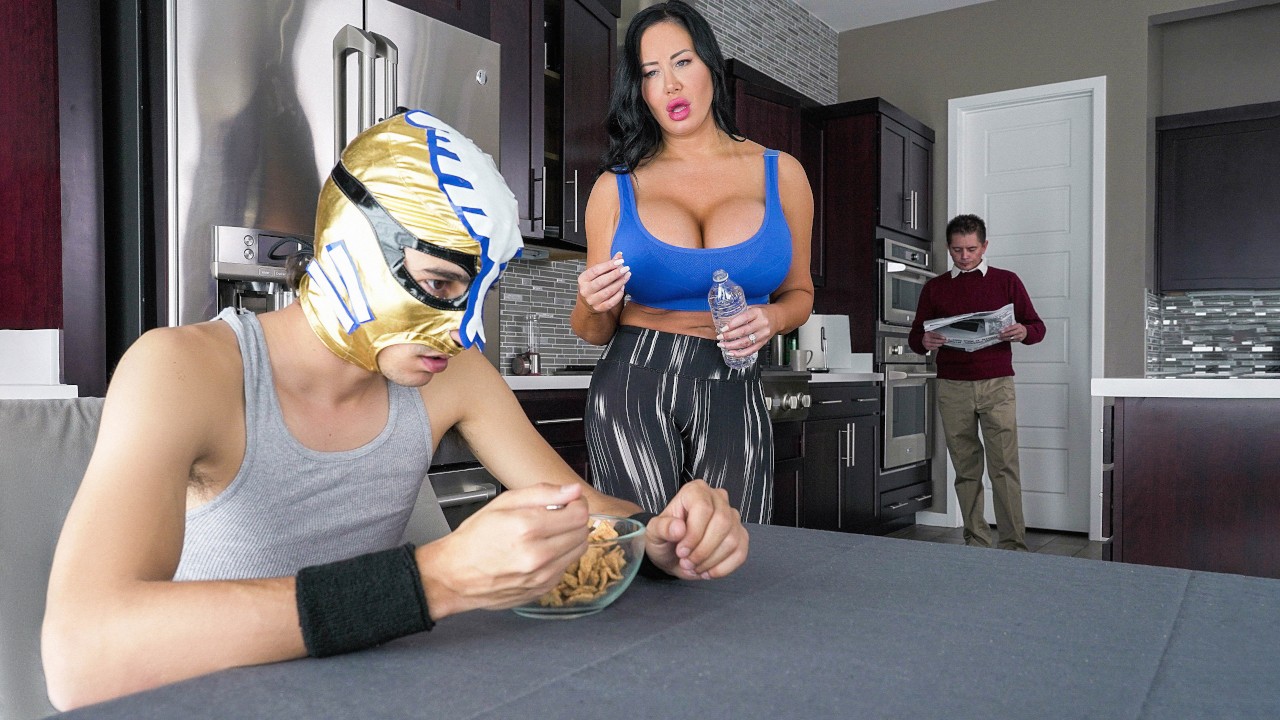 All models appearing on this website are 18 years or older. Click here for records required pursuant to 18 U.S.C. 2257 Record Keeping Requirements Compliance Statement. By entering this site you swear that you are of legal age in your area to view adult material and that you wish to view such material. All images on this site as well as the site itself is Copyright Lil Humpers, All Rights Reserved. Please visit our Authorised Payment Processor Vendo.